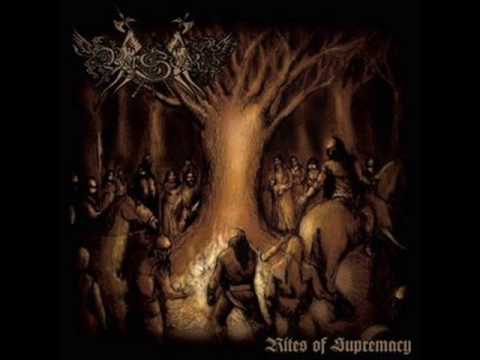 Celtiberian citadel, overnight surrounded by the enemy.
Judged and condemned by marcius' armies, the armies of Rome.
Condemned for being loyal to their traditions,

Their culture and their blood.

Mountains of gold and silver,
Mountains of women and children rose in the middle of the town.
They elected to die before to fall in the invader's dominion
And to live without honour.

Fifty warriors with a horrible destiny were entrusted to guard them.
The unjust battle marched on.
The invader's supremacy weakens by the celtiberian anger.
Death came over the warriors, a prideful death.
Rivers of blood flew through flames and wealth.
Astapa was burning.

Flames of honour, collective suicide,
Ashes of a great town which layer under the live coals.
They decided to die with honour, neither to live like slaves.
No valuable object reached the enemy's bloody hands.

They only managed to decrease their army.
Hundreds of romans died, many before the armoured resistance,
The rest under the flames of their avarice.
The wasteful blood feeds since centuries our thirst for revenge and fate.

Marcius wins the battle but he lost much more
Between the strong walls of astapa.