Arose By Another Name Lyrics

Lyrics to Arose By Another Name

Arose By Another Name Video: 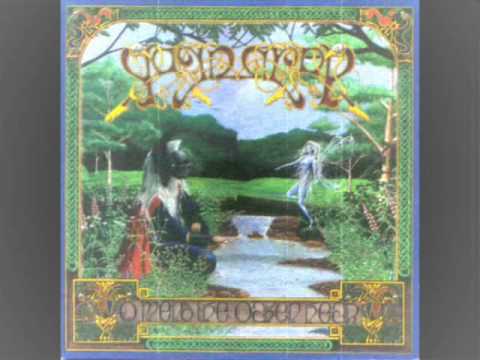 There once was a maiden who danced on the way,
as fair as the Summer sun on Midsummer's day.
Her food was the birdsong that played where she ran
and her mead was the dew-drops that covered the land.
Her cloak, it was coloured the emerald green,
and her crown was the sunlight on gold flowing streams.
Her love was as wide as the eagles did roam
and her heart was the hearth fire that all men called home.

But a new king arose in a foreign land;
sought to rule the whole world by his conquering hand.
Such power and glory he spread in his seed,
yet a rose in a cornfield is always a weed.
In lust for a new life men abandoned their own,
and their swords were the plough by which "good seed" was sown.
Alone sat the maiden, such teardrops she cried
as she buried her children along with her pride.

Now her green cloak they've taken and covered with grey,
for its ripped and its torn and its splattered with clay.
Her crown it lays tarnished from poisons they've spilled,
laid her open wide, let each map take his fill.
Yet she longs for the day when she'd once more be free,
when those that torment her return cross the sea,
or burn in the fires oft foretold of old,
for she'll dance on their ashes afore they're ere cold.