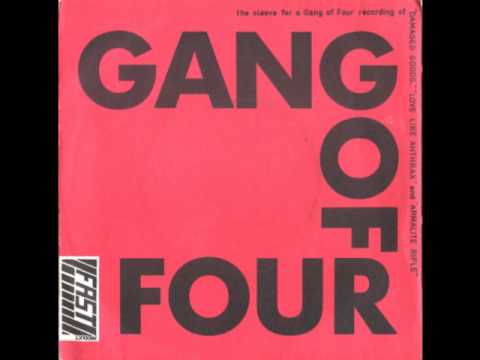 Woke up this morning desperation a.m.
What I've been saying won't say them again
My head's not empty, it's full with my brain

The thoughts I'm thinking
Like piss down a drain

"Love crops up quite a lot as something to sing about,
cos most groups make most of their songs about falling in love
or how happy they are to be in love,
you occasionally wonder why these groups do sing about it all the time -
it's because these groups think there's something very special about it
either that or else it's because everybody else sings about it and always has,
you know to burst into song you have to be inspired
and nothing inspires quite like love.

These groups and singers think that they appeal to everyone
by singing about love because apparently everyone has or can love
or so they would have you believe anyway
but these groups seem to go along with what, the belief
that love is deep in everyone's personality.
I don't think we're saying there's anything wrong with love,
we just don't think that what goes on between two people
should be shrouded with mystery."