Nightmares That Surface From The Shallow Sleep 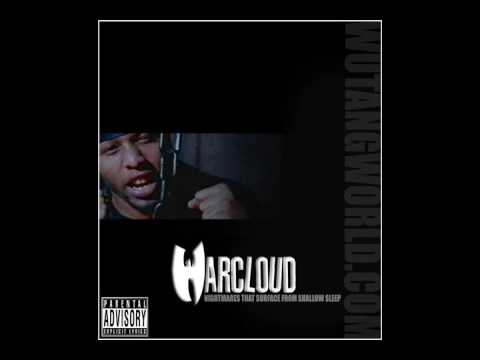 [Warcloud:]
The maid was in the garden, hangin' out the clothes
While I crept up and shot her dead in the nose
Message in a bottle, violent as our records spin
One stranded couple terrorized by backwoods men
A young man home from reform school, now a burglar
Since sixth graders suspect their principal is a murderer
A man investigates the death of his twin brother
Three kids search for their missin' parents and cover
A nightclub owner, schemes against mobsters
Four congressmen turn out to be impostors
Five teens try to track down the jewel thief
One little boy, knocked out another's teeth
Successful script writer becomes a heroin addict
A surgeon and his ex-wife slaughtered by a mechanic
A barroom boss and they lost, threw it to the hospital
A little girl found a fly inside a popsicle
Two bored Indians become bank robbers
A cop searchin' for the killers of his father
A rapper's lifestyle of sex, drugs and booze
A highway man, swindles a drunker's booth
A homeless in a dumpster, and finds a new pair of shoes
An injured jazz musician, dead on the news
A housewife entangled in lies and domestic abuse
A dirty politician tries to rub out his opponents
The outside man fought another man in the rain
A business woman had to smooth for the correct spelling of her name
A skinhead who lead a fierce biker gang
Involved in white slavery and Mr. Avery was never neighborly, romancin', a jackpot
He killed his wife and drove to Vegas wit her head in a hat box

[Warcloud:]
She had rings on her fingers and bells on her toes
She would have music wherever she goes
Seven ladybugs on a honeydew, for crummy you
Mystic rhymes straight from candy house wit a gummy roof
I got a Tommy gun that shoots eggs, and I'll put it down
Pop you on the shoulder wit a large revolver and laugh
Warcloud's warpath is a conquer that ever last
Like tea cakes and crumpets, shiny, right turk gold trumpets
Gold's in the compass, pilotin' and airship
One sea of clouds, they drop an axe on you now
Shadow on the barn wall, float a newspaper boat
Juice bars and fudge sticks, roller coasters and ferris wheels

[Warcloud:]
There was a young lady, my wife, who disrespect
And the first day I met her she had a ribbon around her neck
And she wore that ribbon for years and hear the flutes
When I asked her to remove it, she'd always have excuse
One stormy night, while we were in bed
I snatched the ribbon off and off rolled her head
I laughed my self to sleep, the room spun around like a record