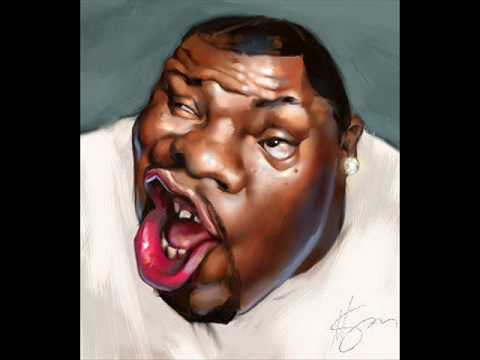 I was on my way, to 125th I saw this def Benz, yo that's my man Cliff As I flagged them down, he pulled to the side At this moment I had to swallow my pride Cause usually I wouldn't ask for a lift But it was cold as hell, and my legs was stiff He said, &quotHey Biz, what you want, a ride?" I said, &quotHell yeah," he said, &quotI can't cause my girl's inside" So he jetted off, leavin two tracks Not at one time did homeboy look back It took me an hour, to get where I was goin and to top it all off, it had to start snowin My sneakers was old, and my coat was thin But my determination kept me goin within I had nobody to help me as you can SEE.. I'm alone again, naturally Alone again, naturally So I went into the show, and started maxin People came up to me, and started askin whassup wit me, and when I'm gettin on and how many records is Shante gonna perform I don't know, but now I gotta go cause Shante is callin me to do the show First she was on, and then she called me out I did a lot of funky beats without no doubt I put the mic on my head, and began to riff The crowd began to flip, cause I was rockin the shift When we was done, I started to laugh Massive people come to me for my autograph After the funk was over it was time to break If I was rhymin it would be the icin on the cake As I saw Shante, get into a limo I had to walk home, I wrote it in my memo I'm alone again, naturally All alone again, naturally Now I'm a-ight, nothin to worry Wherever I wanna go, I get there in a hurry That's right I'm big time, very well known Now I'm sayin rhymes instead of beats on the microphone Right about now, I'm gonna explain It was Cool V, TJ Swan and the Big Daddy Kane Doin shows all together, as one group None of us actin big headed, or souped Then after that, we all formed a block I paid everybody, told them how they rocked They all grabbed they props, and when they seperate Swan said, &quotI'll see you later Biz, in a couple of days" When people see me leave, like a mamma-jamma It's like if I was swoll with stars lights and glamour But when Vaughn came home, he thought I was in somewhere with a girl was in bed.. nah.. Alone again, naturally I'm alone again, naturally Ahh ahh..