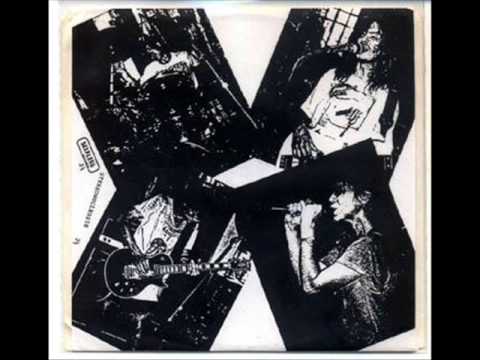 Your ideology reeks with the hate of self you confuse with pride in race,
in your sterile version of utopia, I see four million graves.
There are ghosts from a hatred past in your simplistic shallow rhetoric, and yet another

who has sold his humanity for the same old fucking ignorance.
Racism is the cowards crutch worth about as much
as the hollow stereotypes to which you clutch.
In your beliefs I see no compassion, only hate and dehumanization.
A rejection of truth to embrace yet more easy lies.
Bigotry is quickly entrenched within the feeble mind
Where vanity soon turns into illusions of a master race
Now you have become the puppet your master sought to create
Now you would gladly kill another in the name of those you serve.
and with this you've earned your place in the alien race
and you shall get what you so richly deserve
A rejection of truth and embracing of lies.
Slaves to their hatred, fueling mine
They spoon fed propaganda into your eager mouths
shaped your thought like so much clay and now you do whatever they say
But the ones who pull your strings would gladly turn their backs
but still you go on doing their dirty work, oblivious to the fact
That opposition to your violence is gathering in strength
and we shall rid our world at last of your Alien Race
Your hate set the wheels in motion that shall bring about your fall
so don't scream persecution when your back is against the wall