A Star Is Born Lyrics

Lyrics to A Star Is Born

A Star Is Born Video: 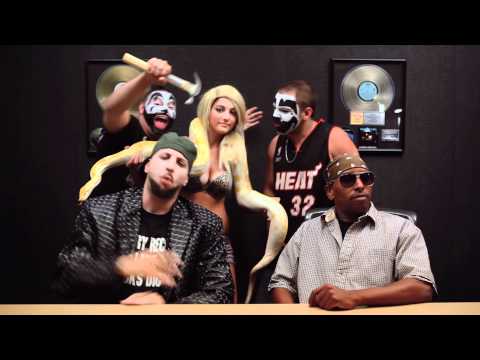 [Radio speaker:] Yeah baby, it's Phil Cassese live on Night Talk
We're talkin about musical genius R.A. The Rugged Man
Let's take some calls, find out what you guys think
[#1 Caller:] Yo, R's definitly one of the illest lyricist I've ever heard, that's real
[#2 Caller:] R.A. man, he's comin out, guns blazin baby, BOOM, watch out
[#3 Caller:] He's very intelligent, he's a positive role model in rap
[#4 Caller:] I went to a show last week, he was the bomb...
He was better than Michael Jackson
[#5 Caller:] He's so sexy, My girl said he had an 11 inch cock, couldn't walk with ???
[#6 Caller:] Yo R.A. is worldwide man, he's goin platinum, quadruple, 'n big time
[#7 Caller:] First time I saw him, I knew he had a star quality, he's a superstar

[Verse 1]
Ayyo, here's the whole story, the whole true, "He's retarded"
Here's how my whole bullshit career started
Back in '88 it was about battle rappin and shootin guns off
At house parties, say "HO" (BANG!BANG!BANG!) ??? before rhymin
No complainin, no money, no fame, still maintainin
1991, now my whole career started bustin
You seen on stage shows, guess the crowd jump in it
Let the kids come on
Tommy Boy, Mercury, Priority wanted me
Russell Simmons, and 9 other record companies
Sendin limousines out to pick up my broke ass
Feedin me stakes, buyin me hookers, I hope that shit last
I was used to have no cash, I got gat
White trash, why they wanna sign my ass?
'92 the whole industry was on my dick
I signed to Jive Records, and fucked up the whole shit

[Verse 2]
Now I'm stuck on a wack label
They say, "See the way you behave
Now wonder why the label hate you"
They say "He's a beast, he's a creature
Keep him in the other room, don't let him see Aaliyah"
Banned from the building, I don't wanna see ???
"He just don't know how to play the game right
He could be larger than life"
They try to turn the label caucasian
They signed me, Whitey Don and the Insane Clown Posse
And then they signed the Backstreet Boys and Britney
It's a pop label, what the fuck they want with me?
Forget R. Kelly, I'ma do that rippin out your cunt shit
I flipped the fuck out and did some dumb shit
??? looked at me, I got a gun shit
I ain't gonna give you that commercial run hit
Instead I gave you "Every record label suck dick"
Try to press charges against me
Suited me, blackballed me
My lawyer wouldn't even call me

[Verse 3]
'95, I'm broke out the ass, no doe
Watchin everybody else around me blow
Trackmasters, Mobb Deep, Keith Murray
Biggie and Puff, I'll admit it, I was jealous as fuck
I was so pathetic
No doe under ugly chick
With a no doe fetish, all my old hoes jetted
Went from hearin "You gon' be a star kid"
To hearin "He ain't talented, he's garbage"
Now for shitty kicks there's no market
'96, I got a gun now
I remember I was bout to kill Jeff Fenster
Moved back in with pop duke
And my handicapped brothers and sisters, and we had no loot
That's when the Feds came by
And surrounded the house
They had automatic weapons, and was pullin em out
And the moral of the story is
All that glamour and glitz shit (what?)
Fuck that shit, I don't need it