A Declaration Of Independence Lyrics

Lyrics to A Declaration Of Independence

A Declaration Of Independence Video: 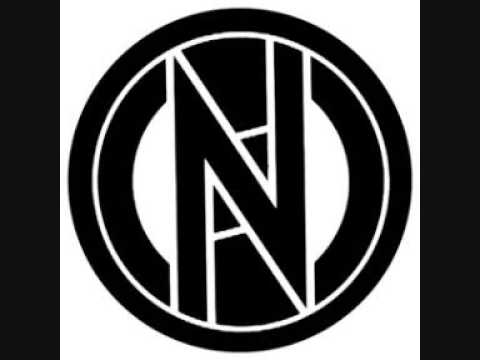 A declaration of independence, the other person has cleared
Understand the perspective, get the directive, and realise our fears
We are simply trying to connect nowadays, but does anybody want to know?
I'm finding it hard, putting feelings into words, another chapter remains unwrote

They say, we are standing firmly in the rain, simply waiting for it to stop
They said that we should build new umbrellas because we are stuck in our own rut
I say, blow away the rain clouds, for the new horizon is crystal clear
Its took sometime, but we're on the right track - now where do we go from here?

Sick and tired of worthless statements, pissed off with the same old songs
You stuff your moral rule book, of what's allowed, what's right and wrong

Oh yes, there's those who only criticise yet offer nothing new, solutions? Ideas?
No, just rake up shit what a clever thing to do

We must strive on for what we know is right
We know all too well there's no end in sight
But human nature is still on our side
As the politicians fall into landslide
We're out on the street, feeling the beat
Of the hearts in anger at the upper crust elite
Who don't hear us scream or beg for a halt
Or when we weep over what their society aborts

1981-President Reagan and the Pope face assassins' bullets and escape with their lives. But in Cairo, Sadat dies in a hail of automatic fire, from Brixton to Belfast riots rage and fires burn. The royal wedding of Prince Charles is celebrated. In America, the skies roar as Columbia the first space shuttle blasts off but as winter descends, so does the chilling news of martial law in Poland.

1983-As protestors get into their stride at Greenham, Ronald Reagan promises to make Star Wars a frightening reality. Back on earth, the Soviets admit to shooting down a Korean Airliner. Maggie Thatcher triumphs again and America's first woman astronaut is in space. For Grenada it's an American invasion.

1984-After twelve weeks the striking miners still battle on and in Brighton the PM and cabinet narrowly escape death as an IRA bomb rips through the Grand Hotel. Yvonne Fletcher is gunned down and her murderer flies away a free man. Rajiv Gandhi fights to save his country after the assassination of his mother. Millions face starvation in Ethiopia.

1985-Mikhail Gorbachev is Soviet leader, while shouts of "scab" greet miners. Unions vote to end the national strike. The Rainbow Warrior of Greenpeace is damaged in New Zealand by two bombs. Live Aid rocks the world for the hungry. A policeman is hacked to death in London. Reagan in Geneva said the world is now a safer place.

1986-Space Shuttle explodes on take off. Swedish PM is shot dead in the street. The pickets clash in Wapping. Reagan bombs Libya (keep your head down). Russian nuclear reactor is ablaze.

1987-Beirut gunmen attack UN. Argentinean President ends arm revolt. Gorbachev makes new offer on arms cuts. Iraqi exocet blasts US Frigate. Thatcher is elected for a third term. In Britain "Spycatcher" is banned, but anyone can buy it in America. A storm hits the Stock Market on Black Monday.

1988-SAS gunmen gun down IRA unit in Gibraltar. Mitterand returns as French President. US war ships shoot down as Iranian Airliner. Bush is elected as US President. Thatcher speaks for Polish freedom. Britain is shocked by two disasters in nine days and Edwina resigns over a storm in an eggcup.

1989-Berlin wall is torn down, freedom sweeps the East. In China, a light of hope in Tiannamen Square is extinguished. In Romania, people fight against the dictator Ceaucescu and with his death they win. For once it seems a hope and good can prevail.

1991-The waiting is over, the Gulf explodes never has such a powerful force been unleashed against one nation. The bombardment against Iraq is relentless, the end comes quickly. As the victorious survivors celebrate, for some the battle against grief is just beginning. Yellow Ribbons are everywhere with the release of John McCarthy; it seems at last the world is changing for the better. Terry Waite's smile inspires millions and in Russia Yelstein replaces Gorbachev. In Yugoslavia civil war rages. Robert Maxwell makes the biggest splash and the IRA bomb Downing Street.

Conflict after conflict. Now it's just the bare bones of what we are
A vicious circle in an open ended struggle
Life goes on as if all around is not relevant
As we look through closed eyes we try and understand
If we had a view, what would it show?
We're stuck in a room that has no view
And so are you ... or are you? Well are you?