The Wing And The Burden

Lyrics to A Crimson Dawn 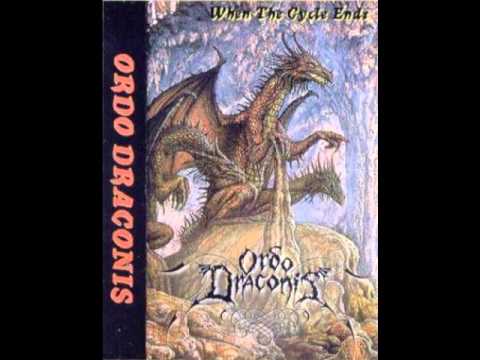 [I: (The harbinger Morrigan)]

BLEAR with dew came the morrow
And winds rustled aloud.
Down by the rill where purled the flow
The Washer1 washed the shrouds
And Nemain2 sang of woe and sorrow.

A storm-blast of blazonry chased the sands
And left the drift seen afar.
A breeze brought the scattered grains,
That flung 'gainst the dewy scars.

Her frenzied squawks exhorted the ravage
And the hewing of sheen blades.
And blood suffused the barren earth,
'Pon which the crimson dawn glowered.

The brash and bray heartened the noble souls
To defy the singeing fervour of battle.
The carmine sky was brimming with sore shrieks,
As they rose high above the flourish of brazen trumpets.

When, dark by smoke and red by fire,
Aurora had won the day,
The sun, in beacon glare, rose higher
And sweltered drouthy fey.

[V: (The ascent of warlike fever)]

The fervour seared the sanguine plain
And the sour scent of cold damp
Did linger no more. Undaunted or felled,
Shrieks resounded to where their lot was cast.

"Thrilled by rankling fury, as I hearkened direful voices,
The red blaze of death aroused my vengeful moods."

"The glorious grandeur of battle, at this blood-tinged dawn,
Made boil my ebon ichor, glinstering as steel whirled."

"Wounds of savage thrusts
Shifted me to the brink of ruin
And the grave burden borne
Struggled tho' I strained life."

[VII: (A draught of immortality)]

A raven, Morrigan yclept, loomed watching the battlefield.
On wings o'er rueful winds, she stalked along.

"Thrilled by rankling fury, as I hearkened direful voices,
The roan blaze of death aroused my vengeful moods."

"In awe of ancestral victories won
I unsheathed and brandished my sword
Once more. Dreadful countenances fell
Until the baleful knell rang triste."

After the dismal rise of the sullen sun,
Ravens reap the rich morning harvest,
As the drenched earth is sated by thousands
And splendid glory has been gained.

The ardent ashes that flare
Smoulder with more afterglow
Than a midsummer fever would leave
And now the embers are fanned.