'86: How I Failed Ethics Lyrics

Lyrics to '86: How I Failed Ethics 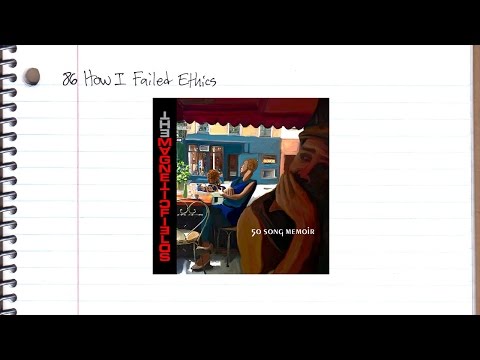 So next semester I, back to Divinity School, trotted
Proverbial tail not between my legs
And spent the whole course positing my own ethical system
While other college students emptied kegs

Information ethics, cyberethics  both since taken 
Said: Maximize the information flow
Toward a hypothetical end state in which the cosmos
Consists entirely of our info
And at the highest level possible, not only data
But data about data dot dot dot
Of life on top of life on top of life, et cetera
Profundity, my mother'd say  I'd not

My Mennonite professor did concede I'd done the coursework
Although my system left him quite dismayed
Depending, as it did, on neither history nor Jahweh
And gave me, finally, a passing grade