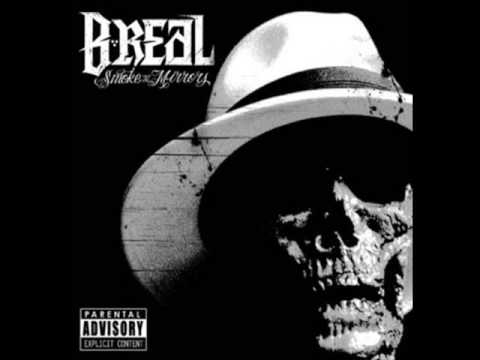 [B-Real:]
So whaddya do when the game starts changin fast?
Arrange for your ass to find a way to stay in the class
Sales declinin, downloads are risin
Newbies shinin, and we stuck askin where did ya find him
He ain't a diamond but he really got some incredible timin
So sign him and put him out, he's a star that's shinin
Give him a ringtone deal, a commercial with T-Mobile
Man he can global, depends if he acts noble
Take his photo and put him on the cover of Vibe
Rolling Stone and The Source mag both gave him a five
Now he thinks that his shit don't stink
And every drink's from a bottle of Crist', and he's flyin on mink
He's, young and dumb and don't sync with the drum
But all the little girls love him cause he's number one
On top of the Billboards winnin Grammy Awards
Goin to red carpet events with the media whores

[B-Real:]
There's a new kid in town climbin the charts but still
He's alright, but he's not real
Regardless they want a cameo for Freddie Puccini
He's a freezer, he's leanin back like the Tower of Pisa
He's on top of the mountain, ain't got no one around him
To tell him the truth, let him know, people are clownin
They found him and wound him up like a toy for the children
He don't believe it, he's only worried about his millions
Collectin his cake, coppin whips, buyin estates
Lyin in wait, the birds flock to get that taste
Beautiful bait for the new kid but don't be stupid
Cause they don't love you they love your money as soon as you lose it
They skate with the very next dude releasin an album
By any means necessary thought I'd quote it from Malcolm
The outcome is all the same and that part don't change
Chalk it up to the game cause it's a part of the fame

[Young De:]
These rappers just, don't, get it
Better wake the fuck up, but you think you got it figured out
Diggin a hole so deep you can't get up out
You don't give a shit about, if they say you losin touch
Just another one hit wonder motherfucker screwin up
But not me, not Young De
I let the, veterans guide me so nothin surprise me
All them moves you be makin 'em blindly
But the big homies B-Real and Young Gotti got me
So you can get the cover of the XXL now
But when your boy hit, all that shit gettin shut down
Nursery rhyme lines goin back to the kids
And that bitch that you with comin back to my crib
These execs got you gassed, put 10 on 2
Ask me who gon' last, won't bet on you
But you could, bet on me cause your boy come through